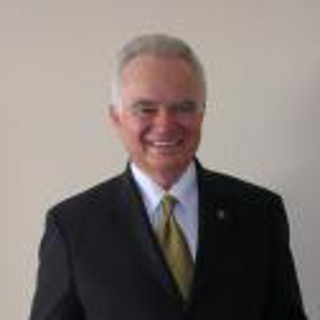 QUALIFICATIONS - Recently retired Police Chief Stan Kephart has 42 years of diverse experience as a Law Enforcement/Security professional. Chief Kephart began his career as a Police Officer serving with distinction in two major city police departments, where he developed expertise in Police Practices and Administration, along with Sports and Special Event Security Crowd Control. This experience resulted in his being selected as Security Administrator for the highly successful 1984 Olympic Games in Los Angeles where he distinguished himself as an International Security Expert. Returning to Law Enforcement at the conclusion of the Games, Chief Kephart became a California Police/Fire Academy Director and Dean of Administration of Justice and Fire Science. Subsequently, Chief Kephart developed his diverse experience further as a California County Undersheriff where he administered the operations of the Jail, Patrol Division & Investigations. As a California Chief Probation Officer, Chief Kephart was responsible for a 220-bed state-of-the-art juvenile detention facility, and as a Tribal Public Safety Director/Police Chief, Chief Kephart was responsible for the 2nd largest Tribal police agency in the country with Federal, State, and Tribal jurisdiction. In 2010 Chief Kephart became the first non Native American to be awarded the prestigious National Native American Law Enforcement Association Chief of the Year Award for his service, after his Department became a national model for Fusion Center Participation.

Chief Kephart has been retained as a Consultant/Expert Witness and is Court Qualified in the areas of Police and Security Best Practices, Use of Force and Tactics, Corrections, and Probation Administrative Practices and Operations' Procedures in State Federal,and Tribal Court. Chief Kephart's expertise in Premises Liability/Foreseeability of Harm, School and Workplace Violence is unparalleled. He is an International Security Expert in Sports and Large Event Security, and in 2011, lead the Security Opening of a Major League Baseball facility. Chief Kephart is currently the Chairman of the Board & CEO of IBIS2 a preemptive School Shooting Platform.
* * * * * *

POLICE PRACTICES - Since the mid 70’s, Chief Kephart has been retained as an expert witness in numerous cases and has qualified as an expert in police practices and operations in State, Federal, and Tribal court, where he has provided testimony in Police and Security administrative and operational best practices and for standards in negligent hiring, training, retention, and supervision. Due to his experience as a police officer and a chief administrator, Chief Kephart has a balanced perspective for expectations of performance for police and security officers. Chief Kephart is a "cops' cop" with a street perspective who is current regarding the state-of-the art for administrative policy and disciplinary practices related to police and security operations. As a Police Chief, he is experienced in Incident Command Systems (NIMS) at major crimes and disasters (floods,fires...). By virtue of his tenure as a Tribal Chief of Police, Chief Kephart is specialized in Tribal Police Operations on Federal enclaves. As a former Undersheriff and Chief Probation Officer, Chief Kephart is Court certified as an expert witness in corrections and probation administrative and operational practices.


SPORTS AND LARGE EVENT POLICING AND SECURITY - As former Security Administrator of the 1984 Olympic Games in Los Angeles, Chief Kephart distinguished himself as an international security expert. As Security Administrator for the Games of the 21st Olympiad, he was responsible for the Security Consortium that, ultimately, qualified, hired, and trained the 21,000 Security Guards deployed and managed at the Villages, Venues, and Transportation System for the Games in 6 southern California counties, Annapolis, Maryland, Stanford and Harvard Universities. Chief Kephart had primary responsibility for development of the training of both security and police for the 53 practice sites and venues which were contracted for the Games. Incident Commander for large sporting events and concerts throughout his career.

In March of 2011, Chief Kephart was chosen by the International Center for Sport Security in Doha, Qatar as one of 150 Worldwide Security Officials invited to the First International Sports Security Conference. This international symposium featured sports celebrities such as Monica Seles, and Olympian Michael Johnson, World Government Officials, sports business persons, such as the Executive Vice President of the World Bank, and the Secretary General of INTERPOL. Upon his return from Qatar, Chief Kephart lead the security opening of the Salt River Fields at Talking Stick Major League Baseball facility in Scottsdale, Arizona, the Spring Training home of the Colorado Rockies and the Arizona Diamondbacks. This new facility is, currently, the first and only Major League baseball facility located on Tribal land. This accomplishment was chronicled in the international Sports publication "Sport Pro" in a June, 2011 feature article.

Currently, Chief Kephart is working on a comprehensive program designed to share his knowledge in the mitigation of fan violence at sports venues and large public assemblages. This system can also be modified to include school security, airports, ports, and casinos.


SECURITY//PREMISES LIABILITY/CRIME FORESEEABILITY - In the mid 70’s, Chief Kephart developed a preemptive standard of care model for Business Security and Property Owners based on realistic expectations of potential harm to an invitee population. This model is based on analysis and documentation of a client’s business profile. Chief Kephart recently entered into an agreement with a Fortune 500 company to implement this preemptive program designed to create appropriate security measures at business locations based on factual analysis and documented trends. The cost effective foundation of this preemptive program is designed to implement security changes at individual business locations, working with law enforcement and security resources to deter, detect, and close on crimes for commercial and retail businesses.

Q: Please list any teaching or speaking experience you have had, including subject matter:
A: Former Director of two of California’s Peace Officer Standards and Training Academies (P.O.S.T.) providing training and certification for Basic and Advanced Police training, Corrections training, and Fire Fighter and Hazardous Materials training. Self assigned (while a Police and Fire Academy Director and Dean of Administration of Justice and Fire Science) to teach laws of arrest, search and seizure, ethics, pursuit driving, and defensive tactics instructor in the Police Academy
Defensive tactics, pursuit driving instructor in California community colleges (ask for Resume for complete list of assignments)

Q: Have any of your accreditations ever been investigated, suspended or removed? (if yes, explain)
A: No
Q: On how many occasions have you been retained as an expert?
A: I have testified in Federal, State, and Tribal courts not less than 350 times, where I have been certified as an expert in Police and Security Best Practices, Correctional, and Probation practices. I provided testimony regarding operational and administrative issues in use of force standards and training /excessive force, police discipline, officer safety, criminal investigations, gangs, Fusion Center operations, Police intelligence, officer involved shootings, narcotics investigations, Vice operations, law enforcement training standards, police, search and seizure, internal affairs investigations, law enforcement communications, search warrants, chemical agents, impact weapon usage, high risk entry, Federal law enforcement jurisdiction in Indian Country, police vehicle pursuits, premises liability foresee ability of harm, workplace violence,sports and large public assembly events including concerts car shows and public meetings. Security in casinos, restaurants, hotels, hospitals, and schools.
Q: For what area(s) of expertise have you been retained as an expert?
A: I have 35 years of experience, and specialize in the field of sports and entertainment venue policing and security in relation to crowd control and crowd management. Specific knowledge in the areas of forseeability of harm and police and security best practices, risk assessment, school security, sports fan violence, risk assessments, cost effective security audits, police administration and training, workplace violence, terrorism, security guards, security in nightclubs, casinos, malls, rodeos, hospitals, restaurants, hotels and schools, incident command systems. I have published on such topics as Olympic Games security standards, police use of force, public safety, special event security, electronic monitoring, crowd control and crowd management, lethal force, and Indian Country policing and security in casinos. I have testified 95 times on these topics, as well as police and security training, and disciplinary standards.