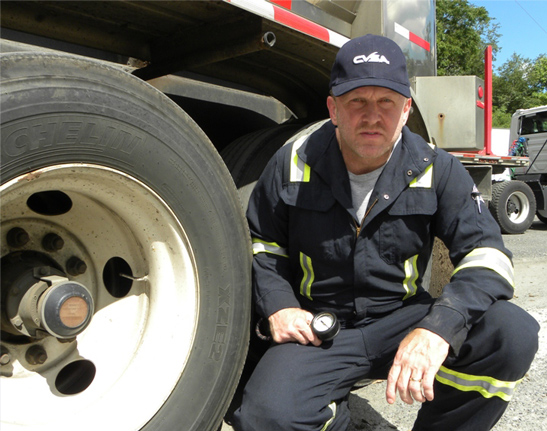 Highly qualified and well rounded expert opinions are supported by nearly 30-years experience in the highly specialized field of commercial motor vehicle (CMV, meaning “truck”) crashes and incidents, including 16 years at the helm of a national incident response company.

Trained in Level 1 FMCSA CMV roadside enforcement inspections and CMV post crash inspections, Scott’s in-depth knowledge of the Federal Motor Carrier Safety Regulations, detailed and well written reports, in-depth knowledge of applicable standards of care and professionally delivered testimony can be a focal point of any civil or criminal litigation or arbitration where CMV crashes, with or without hazardous material involvement and/or transport related matters are at issue.

In addition to Scott’s years of experience responding to and/or investigating truck crashes, Scott spent several years behind the wheel as an 18 wheeler CMV tractor-trailer driver. In his overall driving experience, he was a driver of low-boys (flatbeds), dry-van trailers and cargo-tanks. During Scott’s experience as a CMV operator, he became extensively experienced as to both driving, loading and offloading of van trailers, load securement on drop-decks (flatbeds) and cargo-tanks. The approximate total mileage driven as a CMV operator was 250K.

During part of the years as detailed above, from 1995-2003 Scott was an instructor for the New Jersey State Police. In this specific discipline, Scott was a CMV crash specialist instructor for cargo-tank truck incidents and as an Instructor with a focus on CMV tractor-trailer crashes and recovery involving HM.

Scott has inspected many Commercial Motor Vehicles for road worthiness as required by the FMCSA. Not only was he responsible for inspecting his own trucks in the late 1980’s as pre and post-trip inspections, then overseeing a fleet of CMV inspections through the 1990’s and 2000’s, he eventually came to inspecting CMVs side-by-side with the New Jersey State Police at various CMV roadside inspections/weight stations. In addition, as aforementioned, Scott has responded to and/or inspected in excess of 1,000 CMV crashes.

Scott’s CMV expert consulting career started in January 2010. It has provided him a rich experience whereas he has continued inspecting CMVs post crash, crash scene/site investigations and inspections, litigation support and
examining discovery documents and evidence, then pulling a seemingly impossible universe of documents together, then proffered into a well constructed report in the most difficult and complex of cases. Having served as a CMV expert in numerous cases for both Defense and Plaintiff throughout the United States, spanning from Hawaii to New York and from Texas to Michigan, Scott has earned an outstanding reputation as clearly indicated on the website testimonial section.