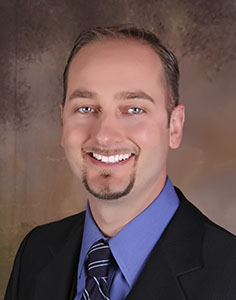 Robert J. Spencer, DPM, FACFAS, QME is a board certified second-generation adult and pediatric foot & ankle specialist born and raised in Orange County, CA. He spent many years shadowing his father in his private practice in Southern California. Early in his career, he developed his leadership skills serving as class president for his entire 4 years at Temple University School of Podiatric Medicine in Philadelphia. Dr. Spencer was then accepted to a top residency program at Kaiser Permanente Northbay Consortium in northern California where he received extensive medical and surgical training for infants, children, and adults. After completing his residency, Dr. Spencer joined White Memorial Medical Group, Inc. (a multi-specialty group), where he took call for the emergency department for all foot and ankle problems, including trauma. During his time at White Memorial he served as the assistant residency director and clerkship director of the Foot & Ankle Surgery Residency program as well as an adjunct professor at three of the Universities of Podiatric medicine. He remains committed to training the foot and ankle surgeons of the future as an attending physician.

Dr. Spencer pursued his dream to start his own practice in Orange County co-founding Southern California Foot & Ankle Specialists. He incorporates his father’s philosophy of medicine with his extensive training to provide a well-rounded personal experience for each patient. As a result, his patients gain the sense of seeing a doctor who draws upon his wisdom and instinct, combined with state-of-the-art equipment and techniques. Dr. Spencer’s clinical interests include sports-related injuries, trauma, and reconstructive surgery of the foot and ankle. He is also experienced in treating work-related injuries, as he sees many patients under workers’ compensation in his clinic and works with U.S. Healthworks Medical Group, one of the largest workers’ compensation groups in California.

Perhaps Dr. Spencer’s most crucial role is chasing after his son and German Shephard at home. He enjoys traveling with his family and spending time with friends and relatives. He takes pleasure in all sports but especially enjoys basketball and follows the Los Angeles Lakers. He feels fortunate to end up back where it all began with his family and friends in sunny Southern California.