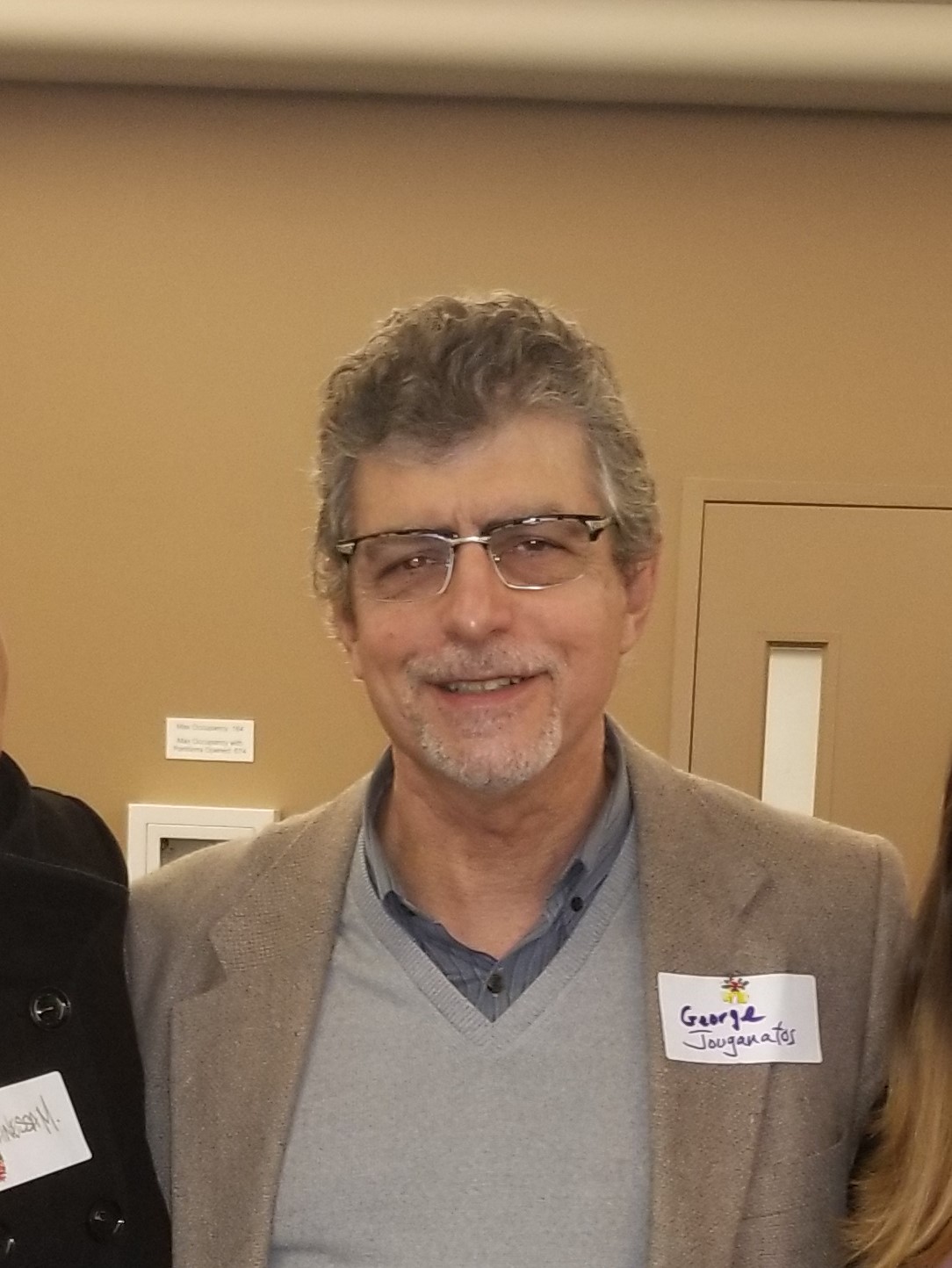 He has written and conducted seminars in the fields of the economics of development, political economy, economic history, environmental economics, public policy, operational analysis, and economic modeling and forecasting.

Dr. Jouganatos conducted research at the University of Athens and the Centre of Economic Research and Planning in Athens, Greece, where he conferred with many of the nation's top economists and political officials. The fruits of the research resulted in a seminal book on the development of the Greek economy. His work on the Greek economy has been cited numerous times. He also engaged in research at the Institute of Development Studies, University of Sussex.

Since 1991, he works as a consulting economist providing economic and statistical analysis for the private and public sectors. He has written many economic impact, efficiency, cost, and feasibility studies. He has designed economic models, strategic plans, and performance measures.

He is in demand as an expert witness for cases involving personal injury, wrongful death, wrongful termination, housing discrimination, employment discrimination, economic loss, business valuations, lost profits, public finance, and breach of contracts. He has consulted and given testimony for numerous attorneys in California as well as in New York, Nevada, Pennsylvania, New Mexico, Iowa, Montana, British Columbia, Ohio, and Hawaii. He has consulted in more than 900 cases and for more than 200 law firms.

Dr. Jouganatos also conducts MCLE seminars. He has recently written articles on economic analysis in personal injury cases, and employment matters. You may read these at www.cce-mcle.com. You may view video clips of his MCLE courses available at https://www.youtube.com/watch?v=3sEe-GbmOcs&t=18s. You may find them on through www.cce-mcle.com.

Dr. Jouganatos has advised California State Assembly and Congressional candidates on economic issues and policies. He was asked to review the economic platforms of United States Senate and California gubernatorial candidates. On more than 50 occasions he has provided brief commentaries on economic events and issues for television, radio, and print media.

He is a member of the American Economics Association, Association for Evolutionary Economics, National Association of Forensic Economics, Sacramento County Bar (associate) and Friends of Mount Athos Society.

I have been interviewed more than 50 times for the media. I give public lectures as well. Recent topics included implementation of State Planning Priorities, alternative views of the Greek Crisis, and the impact of the economy on our senior citizens.


Usually I do not charge travel time, just expenses.

Q: What is your hourly rate to provide testimony at trial?
A: $400/hr