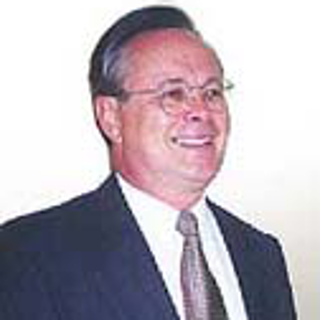 Key Associates is a group of highly competent men and women whose professional experience encompasses the entire spectrum of police related subjects. Some of their areas of expertise include: police training, practices, and policies; narcotics investigations; homicide investigation and training; police involved shooting investigation and training; domestic violence;police and civilian use of force; police canine training and operations; crowd control/civil disturbance; and SWAT training and operations.

Charles J. Key has nearly twenty-six years experience with the Baltimore Police Department, ascending to the rank of Lieutenant. During his career, Mr. Key was assigned as a detective to the Intelligence Unit, where he investigated police corruption, terrorist activities, and organized crime. He also served as a squad sergeant and Training Coordinator/Supervisor for the Special Weapons and Tactics Unit. In his last ten years, he served as the Commanding Officer of the Firearms Training Unit. In that capacity he analyzed over five hundred police involved shootings and responded to the scene of more than one hundred. Mr. Key wrote the department’s policy on use of lethal force and the resolution of sniper, barricade, and hostage situations. He has lectured at various universities and taught police use of force to thousands of federal, state, local police officers, and hundreds of civilians in numerous states. Since retiring from the Baltimore Police Department, Mr. Key has consulted in thousands of use of force incidents and other police practices cases, including programs for Fox News, NPR, and Dateline NBC, the Ruby Ridge Incident, the Amadou Diallo Case, and with the U.S. Department of Justice Civil Rights Division in numerous cases including the Hurricane Katrina police shootings in New Orleans.

&#65279;Awarded silver star for bravery and various other commendations

&#65279;Past state certification as an instructor in Use of Force, Officer Survival Techniques, Riot and Crowd Control, and Chemical Agents

Past Smith and Wesson Firearms Training Academy as a firearms instructor

Past certification as Glock Armorer
Q: Please list your affiliations or memberships in any professional and/or industry organizations:
A: Board of Directors, Harvard Associates in Police Science
Q: Please list any teaching or speaking experience you have had, including subject matter:
A: &#65279;QRT Trainer and Coordinator

&#65279;Trained several thousand police officers and over
600 attorneys in police use of force

&#65279;Iíve taught thousands of police officers and hundreds of civilians the characteristics of projectiles in flight and the effects of projectiles striking the human anatomy

&#65279;Use of Force Instructor at various universities and colleges, over 5000 hours teaching experience
Guest lecturer for F.B.I. and other federal agencies