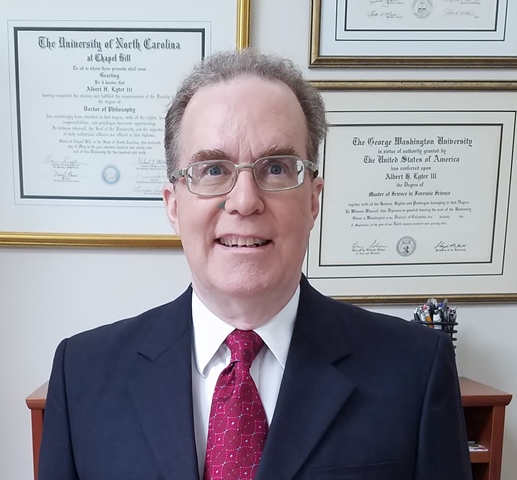 Dr. Lyter provides consultation, examination, training, research and testimony in matters of forensic science, including ink and paper analysis, trace evidence, and questioned document examination. Qualified trace evidence areas include fire debris, explosives, paint, hair, fibers, glass, and wood. The validity of documentary evidence is of paramount interest in many different types of litigation and with advances in technology, many documents that could not be analyzed five years ago are now possible sources of important information, such as the answers to questions relating to the method and time period of preparation. Some of the materials Dr. Lyter examines are paper, ink, typewriter, computer printer, carbon paper, xerographic copies, and pencil.

He began his career in 1975 as a forensic chemist for the U.S. Treasury Department, Bureau of Alcohol, Tobacco and Firearms, National Laboratory Center in Rockville, Maryland, where he engaged in consultation, examination, training, research and testimony as service to federal and state law enforcement.