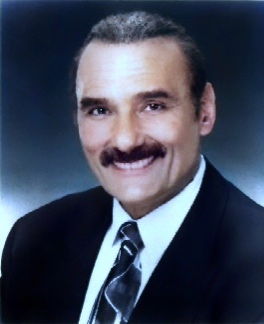 Michael Levine is one of the most decorated Supervisory Agents in the history of the Drug Enforcement Administration. A US Law Enforcement Procedure Expert, Mr. Levine has many decades of courtroom experience (civil & criminal) as a Trial consultant and Expert Witness, including 25 years of service with DEA, Customs, BATF, and the IRS Criminal Investigations Division. Mr. Levine's supervisory and other law enforcement experience includes being in command of task force units combining officers of FBI, BATF, IRS, Customs, NYPD and other police agencies, service as an Internal Affairs supervisory investigator, a senior inspector with the Department of Justice OPR, Office of Professional Responsibility, and Director of a sheriffs department drug bureau.

Mr. Levine, during his decades of trial experience, both as a senior law enforcement officer including the past 30 years as a professional trial consultant, has qualified as an expert witness for both prosecution and plaintiff as well defense, in federal and state courts including 19 states, Puerto Rico and 8 foreign nations. He offers full trial consulting and investigative services in both criminal and civil matters as follows: Expert Witness File Review and Strategy Assessment; Case Particular Design of Cross-Examination "menus"; Investigative, Technical and Research Support; Expert Witness Report and/or Affidavit Preparation. Utilizing his extensive experience as a Supervisory Internal Affairs Investigator, he can also identify the elements of probable cause indicative of false reporting, cover-up, and the concealment of Brady materials. Since the year 2007 he has been retained by the Atlanta and DeKalb County District Attorneys Offices, to conduct police-involved shooting reviews and as such has testified before criminal grand juries leading to the indictment and conviction of law enforcement/violators.

Mr. Levine specializes in full trial consulting services and expert testimony in criminal and civil matters and has testified as an expert in the following areas of expertise:
-Use of force and use of force continuum, including reasonableness, excessive force up to and including deadly force
-Undercover Operations
-Police Misconduct
-Informant recruitment, Management and Corroboration (attorney general’s guidelines)
-Investigative Procedures, including but not limited to, advanced interrogation and interview tactics, evidence handling, report writing and documentation of all procedures
-RICO
Title three investigations and other electronic eavesdropping devices
-Asset Seizures
-Narcotic/Drug Enforcement (all areas)
-Undercover use of informants to entrap
-Internet Drug Trafficking
-Blind Mule Defense
-Undercover procedures related to Internet child predatory practices
-Undercover Entrapment (all areas)
-Smuggling
-Money laundering
-International drug trafficking practices and mores
-Police Misconduct
-Official Corruption
-Reasonability of Arrest tactics including but not limited to raids and the execution of search warrants
-Cooperation deals

A listing of his cases may be found on his website www.policetrialexpert.com


Michael Levine is the only US law enforcement expert ever admitted to testify before a Japanese court, (Japan v Goldstein) and used the Blind Mule Defense, which resulted in an acquittal. He is a best-selling author, media consultant, lecturer and police instructor with extensive experience as court-qualified expert witness and trial consultant in civil and criminal matters.

Since leaving the Department of Justice, he has been retained in excess of 500 occasions as a trial consultant/expert witness throughout the United States, Canada, England and Japan. Mr. Levine has also remained active as a police instructor in the US, Canada and Australia. In January of 2008, his police instructional manual "Undercover Tactics and Informant Handling" previously written for the Department of Justice, was published by the New York State Department of Justice Services and utilized as an instructional manual for New York State law-enforcement. The manual was subsequently edited and republished by the US State Department for the instruction of Brazilian Federal Police which was conducted by Mr. Levine and his team of US-based experts. The manual was subsequently republished via academia.edu from where it is now among the top .05% of Global downloads by police agencies, attorneys and researchers.

As a lecturer/consultant, on the subject of International Narcotic Enforcement and related subjects, I have appeared before a wide variety of audiences, from the United Nations and the World Presidents Organization to the New York City Council, and The Cato Institute. I lecture frequently at colleges and universities across the US and Canada. In 1993 I was voted the Canadian College Speaker of the Year. I have also been invited as a lecturer/consultant to international drug conferences sponsored by the French, Spanish and Dutch governments. (complete list available on request).

1993-1994: Named as member of the Mayoral and City Council Automated Teller Machine (ATM) Task Force at the special request of Mayor David Dinkins. The work of this task force resulted in new laws increasing security at the 25,000 automated teller machines in the City of New York.

1973-1990: Drug Enforcement Administration.
During this period, I was considered one of DEA's top Undercover/Deep Cover and international narcotic trafficking specialists. I was charged with design and orchestration of some of the government's most significant national and international Deep Cover and conspiracy investigations.
Highlights: Some of my international RICO and Conspiracy investigations were considered among the most significant in drug war history (see publications) and were featured on the History Channel's "Twentieth Century."

1970 - 1973: Assistant Group Supervisor, Hard Narcotics Smuggling Division, US Customs. Also held positions of Special Agent and Special Agent/Sky Marshal.
Highlights: Deep Cover investigation in South East Asia during Vietnam conflict resulting in Special Act US Treasury Award, for taking down one of the most significant international heroin smuggling organizations of the time.
Expert Witness:
During my career as a Customs officer, I qualified as an Expert Witness testifying as to Narcotic trafficking, Informant Handling, Undercover Tactics [International and within the US], Controlled Delivery Operations, Organized Crime, RICO, Conspiracy and other matters directly and/or peripherally related to violations of US Customs laws, informant handling and other enforcement investigative procedures on more than 25 occasions.

1966 - 1970: Special Agent, Bureau of Alcohol, Tobacco & Firearms (BATF).
Expert Witness:
During my career as a BATF officer, I qualified as an Expert Witness testifying as to all matters related to weapons, narcotics trafficking, Organized Crime, Conspiracy and other matters directly and/or peripherally related to violations of laws enforced by BATF on more than 35 occasions, including but not limited to informant handling.

-BBA degree in Accounting with a Minor in Economics, June 1965, Hofstra University.

OTHER SIGNIFICANT TRAINING AND BACKGROUND RELATED TO LAW ENFORCEMENT:

Q: Please list your affiliations or memberships in any professional and/or industry organizations:
A: - COPS (Concerns of Police Survivors), an organization of families of police officers killed in the line of duty.
- Survivors of the Shield, an organization of families of New York City police officers killed in the line of duty.
- New York State Shields (Lifetime membership).
- National Organization of Police Concerns.
- American Society of Law Enforcement Trainers.
- The New York State Shields Inc., a police fraternal organization.
- Association of Former Intelligence Officers.
- Association of Former Federal Narcotic Agents.
- Geopolitical Drug Watch.
- ASLET, Association of Law Enforcement Trainers.
- Police One, Internet Association of serving and retired law enforcement
Q: Please list any teaching or speaking experience you have had, including subject matter:
A: As a lecturer/consultant, on the subject of International Narcotic Enforcement and related subjects, I have appeared before a wide variety of audiences, from the United Nations and the World Presidents Organization to the New York City Council, and The Cato Institute. I lecture frequently at colleges and universities across the US and Canada. In 1993 I was voted the Canadian College Speaker of the Year. I have also been invited as a lecturer/consultant to international drug conferences sponsored by the French, Spanish and Dutch governments. (complete list available on request).

Q: Have any of your accreditations ever been investigated, suspended or removed? (if yes, explain)
A: Never
Q: On how many occasions have you been retained as an expert?
A: EXPERT WITNESS TESTIMONY AND CASES:
I have been retained as an Expert Witness and trial consultant on more than 500 occasions on matters relating to Drug trafficking, Money Laundering, Use of Force, Corruption, Undercover Tactics, RICO, Use of Criminal Informants, Investigative Procedures and other related criminal and civil matters. Most cases have resulted in plea-bargaining arrangements and/or out-of-court settlements. A complete list is available on request.

Q: For what area(s) of expertise have you been retained as an expert?
A: I have been retained in more than 500 criminal and civil matters relating to the below topics, 90 percent resulting in out-of-court resolution (see details below).
1. Use of Force.
2. Interrogations/Interviews.
3. Human Intelligence (Informants) recruitment, evaluation, corroboration, management and control.
4. Law Enforcement Investigative Procedures (local and federal).
5. Due Diligence in Obtaining Probable Cause.
6. Undercover & Surveillance Tactics.
7. Entrapment (Undercover & Informant). Including Sentence Enhancement Entrapment.
8. Controlled Delivery Operations.
9. Domestic and International Narcotic Enforcement Procedures, including RICO/Conspiracy investigations,(civil & criminal), Money Laundering and other related matters.
10. Medical Marijuana.
11. Physical and Plant Security.
12. Blind Mule (unwitting participant) defense
13. Official and Police Corruption & Misconduct.
14. Investigative process and investigative report writing. (adherence to search-for-truth doctrine).
15. Due Diligence in the handling of Informants (all types)
16 Analysis of Complicated sting operations.

Q: On how many occasions have you been qualified by a court to give expert testimony?
A: In excess of 500 times in Federal and state courts in 19 states and Puerto Rico, and 8 foreign nations during my career in both law enforcement and as a trial consultant.

Most recent testimony was given on behalf of the plaintiff (Wrongful death beneficiaries) at Hinds County, Mississippi District Court, Judge Adrienne Wooten presiding on May 13th-16th 2019. My testimony demonstrated unforgivably substandard procedures, cowardice and reckless disregard by police of the life of 67-year-old Ruth Helen Harrion.
Q: On how many occasions have you testified as an expert in court or before an arbitrator?
A: Never.
Q: For how many years have you worked with the legal industry as an expert?
A: Since 1990 to present.
Q: What services do you offer? (E.g.: consulting, testing, reports, site inspections etc.)
A: SPECIFIC SERVICES PROVIDED:
As relates to the above, I have provided the following specific services:
1. Provided Expert Testimony.
2. Designed extensive and specific cross-examination menus for civil and criminal trials as well as depositions.
3. Filed expert witness reports and affidavits.
4. Provided, trial preparation, investigative and research support.
5. Provide Investigative support through my company SENTAC INTERNATIONAL INVESTIGATIONS.

Q: What is your hourly rate to consult with an attorney?
A: $200 per hour for research, review, telephone consulting, investigations and reporting. $300 per hour for testimony and face-to-face consultation.

A complete list of all cases and attorneys worked for is available at http://www.policetrialexpert.com or by request

Video
A news clip capturing my testimony any federal court Anchorage Alaska–providing testimony in support of the Anchorage Police Department. The issue: undercover tactics and informant handling. Alaska testimony
A segment "of the news show "60 minutes" on the police use of informants, that was used in training law enforcement offices at the federal law enforcement training Center. 60 Minutes on informants
CV