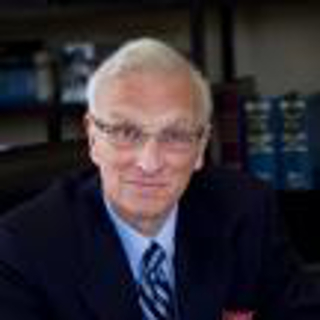 I have qualified as an expert in federal and state court on insurance company claims practices in many phases of insurance claims handling, including the property and casualty area in both the commercial and personal lines area, the duty to investigate insurance claims, and insurance company relations with panel and independent counsel. I have also testified on the standard of care in legal malpractice cases involving civiil litigation issues. I have also testfied on case settlement value. (See United States Fire Ins. Co. v. Button Trans., A108419, Cal Ct. Appeal, First Dist., Div Two, 4/26/06. Slip. Op. 19-24.) Please see https://kornblumlaw.com

The following are the cases in which Mr. Kornblum has
either testified or given a deposition in the past several years:

Note: In the appellate opinion affirming the judgment, Mr. Kornblumís
testimony as an expert was quoted extensively to support the claim of ìbad
faith.î (See Articles for copy of the appellate court opinion, pp. 19-24.)

Hartford Ins. Co. v. Hawkins, Schnabel ñ Los Angeles Superior Court; deposition
and trial testimony (May 2000) on behalf of defendant law firm and lawyers; complicated
case by client against lawyers arising out of lawyersí representation of another client in
which Hartford was an adversary. Testified on insurance and lawyer duty issues. Case
settled while jury deliberating.

Smith v. Arnold: San Diego Superior Court. Legal malpractice case. Mr. Kornblum
testified at deposition as an expert on the standard of care for an attorney defendant
who was sued for legal malpractice resulting from the settlement of a bad faith case.
The case settled before trial.

Phillips v. Bowles & Verna: Contra Costa Superior Court. Legal malpractice case.
Mr. Kornblum testified for the defendant attorneys on the standard of care applicable
to the attorney defendants who were sued in connection with representation of the plaintiff
in a first-party insurance bad faith. Mr. Kornblum testified both at deposition and trial
(April 30, 2002). Verdict for the defendant lawyer.

Black v. Blue Cross: LA based arbitration. Mr. Kornblum testified for Blue Cross
at arbitration on the history and application of the implied covenant of good faith and
fair dealing, and the conversion of a contract to a tort claim using this legal concept in
connection with various insurance company-insured relationships (December 2003).