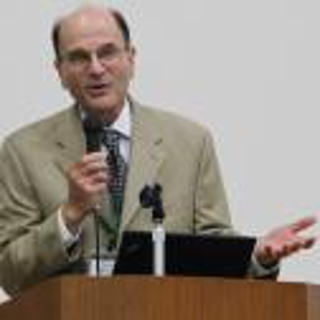 Giora has been a hands-on engineer, an industrial research manager, an academic researcher, and a testifying expert witness. He addresses technical, IP, and cross-cultural endeavors effectively and efficiently.

Giora has carried out due diligence, and has been an expert witness in hard disk drives, tape recording, and optical recording, and has consulted on data storage systems and on automotive sensors. Dr. Tarnopolsky has an extensive publications’ and lectures’ record in data storage topics and in fundamental physics. Most of his practice are repeat customers.

At corporations, he has been a VP of Technology and IP, an Executive Director of Research, and a hands-on technologist. As a consultant and expert witness, he has worked on matters including servo, optical disk products, recording substrate properties, magnetic recording media and magnetic recording head materials issues, head disk interface, tape, hard disk, data organization in the storage device, data storage systems, and statistical inferences from experimental data.

He has authored numerous expert witness statements, including hands-on experimental work and modeling. Dr. Tarnopolsky has been deposed on trade secrets and patent litigation in US state and federal courts, and at US ITC investigations. He has testified at trial at the intellectual property court, Bangkok, Thailand. He has worked in the US, the UK, Singapore, Japan, Malaysia, and Thailand, and he has managed office actions at worldwide jurisdictions.

Dr. Tarnopolsky has assessed and adjudicated trade secrets and IP in merger and acquisitions, acting as a neutral party. He has created trust and cooperation amongst the merging parties. He has also been retained by VC firms to assess value of startup technology.

Q: Have any of your accreditations ever been investigated, suspended or removed? (if yes, explain)
A: No.
Q: On how many occasions have you been retained as an expert?
A: About 20 times. Many repeat engagements.
Q: For what area(s) of expertise have you been retained as an expert?
A: • HDD
• substrates
• recording media
• recording heads
• servo
• data organization
• CD
• DVD
• Blu-ray
• tape recording
• data recording systems
• automotive sensors.
• IP management
• IP and trade secrets’ assessment and adjudication
• IP licensing
• IP portfolio analysis
• IP litigation strategy
• avoidance of IP conflicts.

Please send a request via the "E-mail" tab, or click the "Web Page" tab.