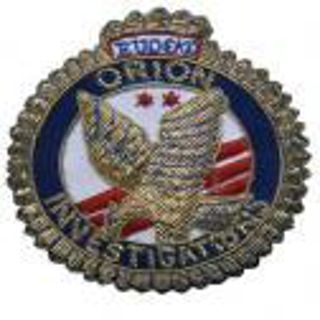 Mr. Stephenson's education coupled with his work experience inclusive of the exchange of gunfire with armed criminal subjects during his Law Enforcement career, provide him with a unique perspective when analyzing the concepts of " The Totality of the Circumstance" and weather the Use of Force was (Objectively Unreasonable). His work experience and education provide him with the analytical tools necessary to conduct realistic assessments and render opinions on Crime Scene Reconstruction, Ballistics - Bullet Trajectory, and Sequence of fire relative to the incident.

Mr. Stephenson has over 30 years experience in Public Law Enforcement, Contract Security Guard Operations and the Private Investigative Industry. He has been deposed and testified as an Expert Witness in numerous State and Federal jurisdictions concerning Crime Scene Reconstruction - Ballistics and the use of Lethal/Less Lethal Force by Law Enforcement Officers and Private Security Guards. Mr. Stephenson has also been deposed and testified in numerous jurisdictions concerning the failure to provide adequate security at bars, apartment complexes, shopping malls, office complexes and Special Event gatherings.

Mr. Stephenson applies his education and unique work experience to evaluate the circumstances involving false arrest/illegal detention, wrongful death and excessive Use of Force issues by Private Security and Public Law enforcement officers. Mr.Stephenson evaluates each incident based on the "totality of the circumstance" and whether the use of force was " objectively reasonable ".

Mr. Stephenson is an advocate of training programs on Use of Lethal/less Lethal Force and Deescalation Tactics that are based on dynamic scenario based guidelines.

During the 1992 Clinton\Gore Presidential Campaign Mr. Stephenson traveled with the campaign as a Security/ Electronic Interception of Oral Communications Countermeasures consultant.

Mr. Stephenson testified in U.S. District Court in Portland, Oregon on behalf of Ammon Bundy and other co-defendants who where charged with conspiracy and firearms violations in connection with the occupation of the Malheur National Wildlife Refuge in January of 2016. His testimony centered around Crime Scene Reconstruction - Ballistics. All defendants were acquitted of all charges.

Mr. Stephenson will be a featured commentator in an upcoming documentary entitled " Reasonable Doubt" involving police investigative procedures were used during a homicide investigation.