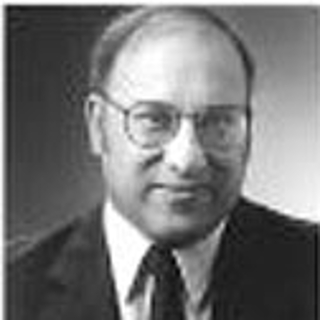 CLINICAL SCIENTIST
Dr. Neppe is an experienced clinician, who is so highly respected by peers that his listing is unique under subspecialties of Neuropsychiatry and Behavioral Neurology, Psychopharmacology and Forensic (Neuro)psychiatry plus in Psychiatry in the peer-chosen book America's Top Doctors (all 19 editions). A prolific scientist (about 800+ publications in every habitable continent) and academic [(Adjunct) Professor, SLU], he has pioneered several critical research areas, impacting on the lives of millions of patients. He's also a research methodologist and philosopher of science allowing significant forensic interpretations (e.g see www.VernonNeppe.org/forensics including http://vernonneppe.org/lfaf-aafs/).

BROAD FORENSIC PERSPECTIVES
An insightful thinker and former expert chess player, Professor Neppe is able to appreciate the strengths and weaknesses of lawsuits and advise consultatively, truthfully and objectively, in a manner that may make enormous changes to the case and the strategy: Cases have even settled when the other side has heard he has been retained. He has even been retained to avoid him being the other side's expert witness. His medicolegal expertise is even being used in cases outside the United States, as well as nationally within the USA. He works quickly, often saving time yet being thorough and incisive, and at times, recommending important directions that can impact case outcome. These skills led to his monograph/book to facilitate attorneys in choosing a medical expert witness (see http://www.brainvoyage.com/attorneyadvice.php). He is an expert on Research Method and on scientific feasibility (including 'more probable than not' concepts).

Moreover, after examining the medical records, by giving a preliminary oral opinion on the strengths and weaknesses of a case, plaintiff attorneys can decide whether to proceed, and defense attorneys whether to settle. This can save considerable costs later.

SPECIAL EXPERTISE
He is an international authority on numerous related areas, using a criterion based on publications, presentations, research or recognitions
1. head trauma / brain injury / cerebral disturbances (key chapters in books; own published classification of closed head injuries),
2. side-effects and clinical impacts of brain medications (e.g. author of two books on psychopharmacology; extensive publications),
3. seizures and atypical spells (extensive background; publications; pioneering discoveries; measuring instrument; classification),
4. tardive dyskinesia and related exyrapyramidal syndromes (developed a successful treatment for it; and evaluation technique, the STRAW),
5. neuroleptic malignant syndrome (e.g. published review),
6. attention deficit (e.g. new treatment published),
7. mental status (a leading authority),
8. narcolepsy (developed questionnaire),
9. vegetative states and minimally conscious states (published on special evaluation skills in persistent vegetative states and minimally conscious states; expert consultant in a major case), and
10. on the organic and psychiatric aspects of brain and biological conditions. (e.g. consultancies to DSM-IVR)
11. Pharmaceutical patents (retained by attorneys for both brand name and generic companies in drugs that impact the brain).
12. Dr Neppe also has a major interest in nutraceuticals (writing a book on dietary supplements and developed a special document on the hazards for the ASCP) on obesity (including psychotropic medication side-effects) and diet (currently, writing a book on the subject) and on previously used compounds such as Ephedra alkaloids (both plaintiff and defense expert).
13. Chronic traumatic encephalopathy.
14. Toxicity relating to the brain e.g. Carbon monoxide poisoning (He also has been retained for neuropsychiatric expertise on carbon monoxide's effects on the brain).

These skills allow Dr. Neppe to be a very powerful and highly respected expert for many different kinds of cases, including personal injury, malpractice and competency issues. Moreover, his potential use in multiple capacities, such as Neuropsychiatry and Behavioral Neurology, Psychopharmacology , as well as Psychiatry and Seizure disorders and temporal lobe and paroxysmal conditions, and as an expert on higher brain functioning, and his combined MD and PhD qualifications, and extensive publications in many areas, markedly increases his versatility and range as an expert consultant, permits the retaining of fewer experts in certain cases, and allows for powerful rebuttals and more complete perspectives in consultations.

INTANGIBLES
Professor Neppe's expertise is particularly valuable. His professional background includes both an MD and PhD. This reflects his broader skills and effectively increases his credibility and might save costs in hiring one not multiple experts.
His apparent ability to debate issues and think on his feet, and his persuasive speaking style learnt from years of in-demand public speaking as a professional speaker, may be a decided advantage for potential jurors, as well as for judges in trial or arbitration. Feedback in this regard supports this hypothesis: He has learnt to address people at the correct level, as reflected in his contributions as a book author for both laypersons and colleagues, as a playwright, and particularly with his extensive experience with the media, sometimes in live programs. Despite all of this, the majority of his work is as a clinician.

PROFESSIONAL BACKGROUND
Vernon Neppe is currently Director of the Pacific Neuropsychiatric Institute in Seattle, WA. He is also an attending physician at Overlake Hospital, Bellevue, WA . He practices medicine in Washington State but his major current academic university affiliation is as (Adjunct Full) Professor, Dept of Neurology and Psychiatry at St. Louis University, St. Louis, MO. This is a singular, extremely unusual honor of respect, 1700 miles from his home base. He was unanimously the rare, worldwide, interdisciplinary Whiting Memorial Prize Recipient (2016) (www.tddvp.com) for his contributions. He was even recognized as one of the Leading Psychopharmacologists of the 20th Century (by the top group in that discipline, the CINP, who listed the autobiography of some of his discoveries).

Dr. Neppe is a fellow (or higher) of eight and member of more than a dozen additional professional associations (including American or International Psychiatric, Medical, Neuropsychiatric, Epilepsy, Psychogeriatric, Psychopharmacological and Psychological Associations and Societies).
He has been the Co-Principal Researcher of a highly competitive international research grant.
In 2002, he was honored internationally as apparently the first physician based in the United States to be elected a Fellow of the Royal Society of South Africa. In 2004, he was elected a Fellow of the American Psychiatric Association and then in December 2007, elevated to their highest single public level of Distinguished Fellow. He was singularly chosen to lead the first USA and International Delegation in Psychopharmacology and Neuropsychiatry (China, 2006 through People to People Ambassador Program established by President Eisenhower). and did a Fellowship at Cornell University, New York in those areas. He has attained the level of Diplomate of the International Society for Philosophical Enquiry and is the only Distinguished Professor at the Exceptional Creative Achievement Organization (www.ecao.us). He has several major websites: www.pni.org, www.VernonNeppe.org, www.brainvoyage.com (his many books). Historically, he trained originally in South Africa and was recruited to establish the first Division of Neuropsychiatry in a Psychiatry Department in the USA ( Director, Division of Neuropsychiatry, University of Washington, Seattle, WA) .

American Board of Medical Specialties and Directory of Medical Specialists American Board of Psychiatry and Neurology: Geriatric Psychiatry, 1991 recertified 2001, Forensic Psychiatry 1996, Psychiatry 1988,
Certified in Psychiatry by Royal College of Physicians of Canada 1987
Registered with South African Medical and Dental Council as a Specialist Psychiatrist 1980 (#5404).
The DPM, FFPsych (SA), MMed (Psych) and PhD (Med) are all registrable specialist qualifications in Psychiatry in South Africa
The DPM (DPsM to distinguish from Podiatry) involved dual registration in Neurology and Psychiatry.
The MMed involved Neurology, Psychiatry and Neuropathology as majors.
American College of Forensic Examiners: Diplomate in Forensic Medicine, and in Psychological Specialties (Psychopharmacology)

References are available on request:
applicability of referees depends on the context. _____________________
The section below is exclusively for attorneys.
(If you are an individual involved in your own case and interested in Prof Neppe being involved: please ask your attorney to contact Dr Neppe. Please do not contact Dr Neppe directly).
____________________________
BOOK TO ASSIST ATTORNEYS WITH MEDICAL EXPERTS
The following monograph/book may assist attorneys
in their choice of medical expert witnesses at
http://www.brainvoyage.com/attorneyadvice.php