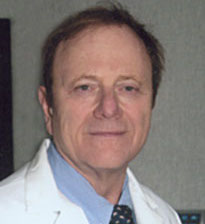 Steven L. Duckor, M.D. is a Gastroenterologist. He is a Diplomate with the American Board of Addiction Medicine, Certified Addictionologist with American Society on Alcoholism and Other Drug Dependencies and a Fellow of the American College of Gastroenterology. As a Gastroenterolgist, he currently serves as Chief of Staff of Chapman Medical Center in Orange, California, and is on their Executive Committee.

Dr. Duckor has a distinguished career in Gastroenterology and Hepatology since 1977. He also specializes in Substance Abuse and Chemical Dependency. He is the Medical Director of the Positive Achievement Center since 1979. He is also Board Certified in Addiction Medicine. Dr. Duckor received his B.S. from University of Wisconsin in Madison, his M.D. from University of Miami in Florida, and did his residency at USC Medical Center in Los Angeles, California, followed by a Fellowship in Gastroenterology at the University of California Irvine.

Dr. Duckor is a licensed Medical Doctor in the state of California. Dr. Duckor has been involved with approximately 800 clinical trials since 1980.