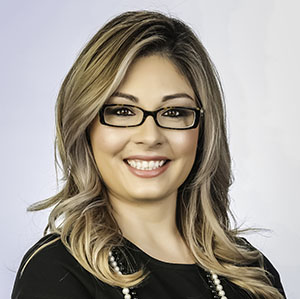 I am a licensed psychologist (PSY26945) specializing in forensic and neuropsychological evaluations. I completed my Doctorate in Clinical Forensic Psychology at Alliant International University- California School of Forensic Studies. Additionally, I holds two master’s degrees in Forensic Science and Forensic Psychology. I have also completed a two year post doctoral specialization program in neuropsychology. I have several hundred hours of forensic and neuropsychological assessment experience, including writing defensible reports for state and federal courts in insanity and capital cases.

I have held additional assignments at Twin Towers Correctional Facility and the Inmate Reception Center (IRC) as a staff clinical psychologist where I performed initial psychiatric evaluations, housing determinations, and suicide risk assessments. I also worked on countywide psychiatric mobile response teams (PMRT) and mental evaluation teams (MET) with the Los Angeles County Sheriff’s Department, where I was partnered with a law enforcement officer in a police vehicle to provide crisis evaluations to individuals in psychiatric or emotional crisis. I conducted numerous station briefings and behavioral health trainings for law enforcement personnel.

I am appointed to the Los Angeles County Superior Court Expert Panel of Psychologists and the Los Angeles County Juvenile Delinquency Panel of Experts. I am a member of the American Psychological Law Society (APLS), the National Academy of Neuropsychology (NAN), the American Academy of Pediatric Neuropsychology (AAPN), the Forensic Mental Health Association of California (FMHAC), and the International Critical Incident Stress Foundation (ICISF).

In addition to my evaluation specialty, I am certified in Eye Movement Desensitization Reprocessing (EMDR) and Critical Incident Stress Management (CCISM) by the University of Maryland, Baltimore County (UMBC)-Department of Emergency Health Services. I previously maintained an active therapy practice treating individuals with PTSD and brain injuries (adolescents, veterans, and first responders). As such, I am often retained as an expert witness in trauma based cases (PTSD/ TBI/ ACES/CSEC) for both prosecution and defense.

Q: Please list your professional accreditations, degrees, licenses, and certificates granted:
A: Two Year Post-Doctoral Fellowship in Neuropsychology, Fielding Graduate University; Clinical Forensic Psychology Psy.D., Alliant International University; Clinical Forensic Psychology M.A., Alliant International University; Sociology B.A., University of Arizona
Q: Please list your affiliations or memberships in any professional and/or industry organizations:
A: I am a member of the American Academy of Pediatric Neuropsychology (AAPN), National Academy of Neuropsychology (NAN), American Psychology and Law Society (APLS), Forensic Mental Health Association of California (FMHAC), and International Critical Incident Stress Foundation (ICISF).
Q: Please list any teaching or speaking experience you have had, including subject matter:
A: I am a lecturer at San Diego State University (SDSU), Global Online Campus. I teach forensic assessment.
Q: Have any of your accreditations ever been investigated, suspended or removed? (if yes, explain)
A: No.
Q: On how many occasions have you been retained as an expert?
A: Over 100.
Q: For what area(s) of expertise have you been retained as an expert?
A: Not Guilty by Reason of Insanity (CA PC 1026), Competency to Stand Trial (CA PC 1368), Franklin Hearing Type of Evaluations, Transfer to Adult Court Type of Evaluations, Mental Health Diversion (CA PC 1001.36), Mitigating Factors in Criminal Defense Cases (including capitol cases), Violence Risk Assessment, Post-Traumatic Stress Disorder, Intellectual Disability, Learning Disability, ADHD, Malingering, Traumatic Brain Injury/ Concussion, Autism Spectrum Disorders (ASD), Testamentary Capacity, Law Enforcement Pre-Employment Evaluations, Independent Education Evaluations, Regional Center Appeal Evaluations, and Personal Injury.
Q: In what percentage of your cases were you retained by the plaintiff?
A: 50%
Q: In what percentage of your cases were you retained by the defendant?
A: 50%
Q: On how many occasions have you had your deposition taken?
A: 2
Q: On how many occasions have you been qualified by a court to give expert testimony?
A: Approximately 12x per month. I am appointed to the Los Angeles County Superior Court Expert Panel of Psychologists and the Los Angeles County Juvenile Delinquency Panel of Experts.
Q: On how many occasions have you testified as an expert in court or before an arbitrator?
A: Approximately 2-3 times per year for the last five years.
Q: For how many years have you worked with the legal industry as an expert?
A: 10
Q: What services do you offer? (E.g.: consulting, testing, reports, site inspections etc.)
A: Forensic evaluations (insanity, competency, mental health diversion, mitigation, franklin hearing type of evaluation, and violence risk assessment). My area of expertise involve trauma, PTSD, ACES, CSEC (child sex trafficking), and individuals with neurodevelopemental disorders and/or brain injuries (including concussion and TBI).

The Job of a Forensic Psychologist: A Brief Overview
The Main Differences Between Competency & Insanity
How Do Neuropsychologists Diagnose Attention Deficit Hyperactivity Disorder (ADHD)?
Franklin Hearing Types of Evaluations