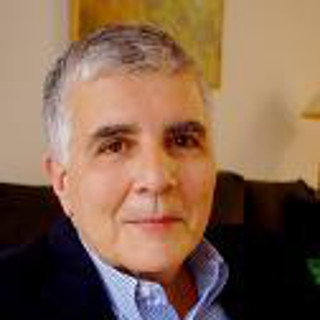 Jim Macdonald has over 45 years of Property and Casualty underwriting and claims experience as an insurer, reinsurer, consultant and a captive insurance company specialist. Since he became a full-time consultant in mid-2006, he has completed over fifty engagements involving disputes between policyholders, insurers, reinsurers, intermediaries and state or federal regulators. The types of insurance or reinsurance frequently include excess of loss casualty treaties, and all types of Professional Liability, Directors & Officers (D&O), Employment Practices, Products Liability, and Excess & Umbrella Liability Insurance. He has also been asked to consider several disputes involving the respective duties of program managers (also called Managing General Agents or MGAs), "fronting" insurers, and reinsurers. The following are examples of some of the recurring issues that have been the basis of recent engagements:

- "Micro-captives" (also called "831(b) Captives"): Explain the extent to which certain insurance and reinsurance transactions involving "micro-captives" reflect commonly accepted "arms-length" customs and practices (including the insurance coverage, and both the insurance and reinsurance pricing). In Tax Court ruling on 4/10/19, Macdonald is cited in SYZYGY case by Judge Ruwe as providing several of the reasons why he ruled in favor or the IRS.

- Asbestos Products Liability Claims Aggregation Issues: Explain whether an excess of loss casualty treaty providing "per Event" protection allows a cedent to aggregate related products liability claims from the same or similar alleged defects in one or more products manufactured by the same policyholder. Explain the purpose of the Aggregate Extension Endorsement and the extent to which its inclusion changes the scope of the reinsurance protection.

- Insurance or reinsurance claims denial based on the limited disclosure or non-disclosure by a policyholder or insurer of claims or underwriting information that the is now argued to be material in nature. Examples include an excess insurer refusing to pay claims based on the alleged lack of sufficient information about a pending medical products liability class action, and a reinsurer denying claims after many decades had elapsed due to the failure of a cedent to report an internal administrative document.

Macdonald has testified over two dozen times at depositions, trials or hearings. The most recent testimony at trial was in December 2017 (with details included in the CV included at this site).

Macdonald has also published many articles and reports on a range of subjects in leading industry authorities including IRMI, and the RAND Corporation. A native of Pittsburgh and a resident of Philadelphia, Jim Macdonald is a graduate of the University of Notre Dame with a B.A. in Literature and Philosophy (Dean's List). He has also earned professional designations as a CPCU, ARM, and as a licensed P&C surplus lines insurance broker (in Pennsylvania). In 2010, he became an ARIAS certified Arbitrator.

Q: Please list any teaching or speaking experience you have had, including subject matter:
A: Over four dozen speaking engagements and articles including 4 presnentations on terrorism and TRIA at consecutive RIMS national conventions from 2002 through 2005, CSPAN televised debate on TRIA in July 2005, several recent articles on terrorism insurance as the "expert commentator" for IRMI at their wensite (irmi.com), and a CE and CLE accredited three hour course delivered to a class on terrorism insurance and TRIA for the Insurance Society of Philadelphia in early 2007.
Q: Have any of your accreditations ever been investigated, suspended or removed? (if yes, explain)
A: No.
Q: On how many occasions have you been retained as an expert?
A: Over 50 as of May 2017
Q: For what area(s) of expertise have you been retained as an expert?
A: Underwriting and/or claims customs and practices as respects:
- Captive insurance and reinsurance programs
- D&O, Medical Professional and EPLI Insurance (primary and excess)
- Treaty Reinsurance XOL contracts - coverage for related claims, application of Aggregate Extension wordings
- Excess & Umbrella Insurance - including Bermuda Market Occurrence Reported policy forms and applications
- Duties of a broker in negotiating coverage on renewal and advising the insurance buyer
- Prospective or retroactive financial reinsurance or insurance
- Allegations of bad faith in an insurer's denial of coverage or recision of a policy
- MGA program business - roles and responsibilities of MGA, reinsurance broker, reinsurer, and insurer
- Products Liability Insurance & Integrated Occurrence or Batch Coverages - Underwriting Intent and Applicant' duty to disclose
- Importance of an unqualified CPA opinion in an insurer's due diligence underwriting process

Q: In what percentage of your cases were you retained by the plaintiff?
A: 50%

Q: In what percentage of your cases were you retained by the defendant?
A: 50%
Q: On how many occasions have you had your deposition taken?
A: Over 20
Q: When was the last time you had your deposition taken?
A: September 2017
Q: On how many occasions have you been qualified by a court to give expert testimony?
A: Three times.
Q: On how many occasions have you testified as an expert in court or before an arbitrator?
A: - Two times in court (most recently in Tax Court on 12/14/17)
- Over 20 times at arbitration hearings (most recently in October 2017)
Q: For how many years have you worked with the legal industry as an expert?
A: Twelve (Since mid-2006)
Q: What services do you offer? (E.g.: consulting, testing, reports, site inspections etc.)
A: Expert consulting and witness services as respects casualty insurance and reinsurance underwriting and claims practices; underwriting or claims file reviews - assess the extent to which the pricing, coverages, contracts, and/or claims practices comport with the customs and practices of the industry.
Q: What is your hourly rate to consult with an attorney?
A: No charge for initial consultation.of up to two hours.