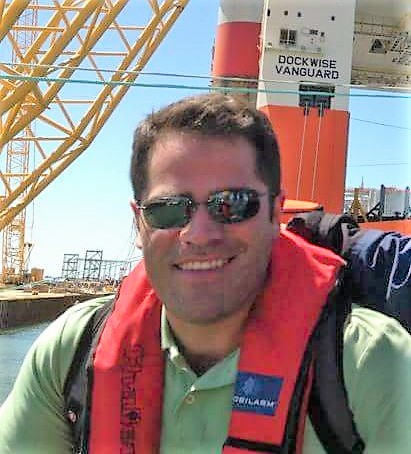 Capt. Jay Rivera has been providing Marine Consultancy services as a maritime expert witness, developing ship/barge docks, LNG terminals, VLCC tanker terminals, cargo claims, and ship channel design/modifications since 2012. Capt. Rivera graduated from Texas A&M University at Galveston, Texas Maritime Academy in 1998 with a Bachelor of Science Degree in Marine Transportation. For the next seven years he sailed on various types and sizes of US Jones Act and internationally trading tank vessels in all the officer ranks. In 2003, he was eligible for and obtained a United States Coast Guard issued Master Unlimited Any Gross Tons License. Capt. Rivera began sailing under authority of that license in 2004 when he was assigned command of the motor tanker (M/T) Charleston, a 48,000 ton US flagged chemical tanker. In 2005, Capt. Rivera was selected to the Aransas-Corpus Christi Pilots, where he served as a State Commissioned and Federally Licensed Harbor Pilot in the State of Texas for thirteen years; the last two years as President of the group. In 2012, he drafted the first Navigation and Safety Guidelines for the Port of Corpus Christi.